Are You Thinking of Owning a Gun?

With the recent shooting in San Bernadino, California, everyone is talking about gun control. This debate seems to be causing a rather large rift, sometimes leading into arguments as to whether citizens should or should not have access to guns. First off, I’m not in the business of engaging anyone in this debate. As a former anti-gun person, I now have a strong pro-gun stance, so if you’re reading this to try to convince me as to why we need more gun control, please troll along. The purpose of this post is to provide information to anyone who is considering using a weapon for self-defense, because like me, you've come to the realization that the best defense is the one you alone can provide for your family.

I’m not a hunter, nor do I consider myself an expert on guns. In fact, because I value life, the thought of arming myself to kill, always made me nervous, and I really had no interest in acquiring one. Admittedly, I didn't believe in owning a gun for self-defense.  I had a lot of trepidation even holding a weapon, but something happened that made me realize that although I value life, there are others who seek death, who don't. It all changed when I was a single mom, and for personal reasons I choose not to disclose, I felt that my life and the life of my daughter was in danger. When this happened, I did not hesitate, or even question whether I should get a gun for home protection and self-defense. It’s amazing how much a strong, no-gun opinion will change all that when the life of your family, which is sacred, becomes an issue. But I knew that with that type of power, I HAD to know how to use one responsibly. So I deferred to other experts to teach me and educate myself about gun use.

If you’re new to gun ownership or are on the fence about getting one, you probably have the following questions:

2. What and how do I purchase one?

I plan to continue this blog post in a three-part series that will hopefully address all these questions. If you have more, please feel free to post on the comments below, and I will try to include those answers somewhere in the next two posts.

With that said, I would like to address the first question as to why one would need one. Social media is filled with comments from the opposition demonizing and chastising gun owners. There seems to be this misconstrued idea that gun owners are a bunch of blood lusting, violent and angry people.

In my experience, quite the opposite is true. I have many friends 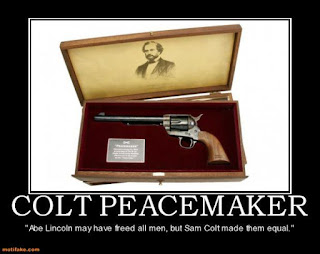 who own weapons for hunting, home protection or carry them for self-defense. After all, this is Texas. It seems to come with the territory. Most will agree that they use it to protect their family if their life was in danger. Most understand the responsibility that comes with gun ownership and are either trained or licensed to carry a concealed weapon. 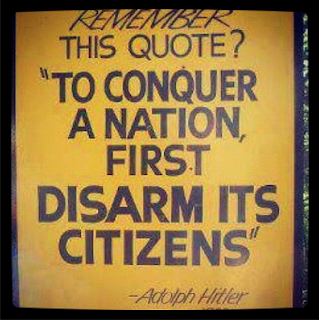 I respect those who do not wish to carry. I really do get it, because I was like that. But by that same token, there seems to be an almost fascist approach to demonize and punish responsible gun owners who do, and that type of double standard becomes a problem, especially when the intent is to disarm citizens from protecting themselves. 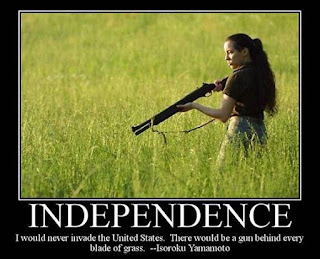 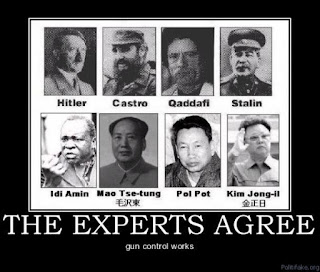 In today’s world, where mass shootings and terrorism have become more frequent, we simply cannot afford to rely on or expect that politicians, who are surrounded by their own heavily armed body guards, by the way, living inside their own glass castles, are going to magically sweep in to protect us. We have soldiers who take up arms on a daily basis to protect our freedoms on the other side of the world, I see no reason why trained, responsible citizens should not arm themselves to protect the home front if need be, and I firmly believe that it is up to the American people to do so, at least our immediate households.


A few other points as to why I choose to own one:

Most if not all mass shootings, with the exception of the recent Garland Texas shooting, where an officer shot back and the shooters were stopped, take place in GUN FREE zones: Schools, movie theaters, gun free workplace. Why does the media or the government not address that? No. Instead, they all sound off the same knee-jerked alarm of: "We need more gun control!" in unison. Common sense tells us that anyone with intent to kill wants the advantage of doing so in a place where they can acquire the most amount of casualties. Yet, we keep sipping the Kool-Aid and thinking that more gun-free zones will put an end to all shootings. This simply does not sound like common sense.

Evil Doers Always Find a Way to Prey on the Innocent

Some of the most violent cities in the country have the strictest gun control: Chicago, Detroit, Washington DC, San Francisco. Gun control there has not nipped killing in the bud, what makes us think that MORE restrictions will? Criminals and those who wish to do evil will find a gun, a knife, a hammer, whatever it takes to get the job done. The 2014 mass stabbing in Kunming, China that left 29 people dead and 130 wounded is one example. It seems that gun control mostly punishes the responsible gun owners and not people wanting to break the law. So why wouldn’t we want the citizens to have the tools to protect themselves? 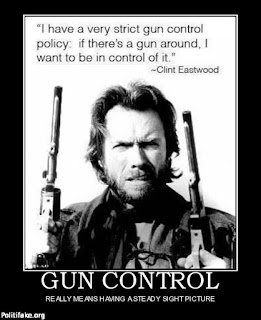 In addition to practicing Krav Maga, this is why I'm okay with owning a gun for self-protection. If you don't agree, that's okay, I respect your viewpoint, but if like me, you are concerned about the safety of your family and would like to know more about safe and responsible gun ownership, feel free to come back again. Remember to subscribe if you would like to be notified when the next blog is posted which will detail what to buy and how to go about it. Thanks for reading!
Posted by JAX at 12:47 PM

Email ThisBlogThis!Share to TwitterShare to FacebookShare to Pinterest
Labels: no gun control, the gun control issue, thinking of buying a gun, why should I buy a gun