Krav Maga is not as much a martial art with forms, techniques and point fighting as it is a system that was conceived in Israel out of a need to survive in a country where the presence of violence and danger is prevalent. It is one of the few systems that levels the playing field between male and female, which is one of the reasons that its popularity for reality-based self defense is on the rise. Its simple techniques, created to work against the most variations of attacks, increase the chances of survival when faced with the unexpected circumstance of a violent confrontation. I spoke with Pete Hardy, head of Krav Maga Worldwide in San Antonio, Texas, and one of only three to hold a second degree black belt worldwide to offer his expertise and techniques against the most common rape attacks and Krav Maga defenses to use in such a situation.


Based on the seminars you conduct every two months for women, I get the sense that you are an advocate for violence against women by empowering them with the tools they need to survive an attack. Why so?


"There’s nothing worse than the utter helplessness a victim feels after being degraded in the most violent ways. Thoughts such as they must have done something to deserve the attacks, imprison them in their own homes years after the rape occurred because they are afraid it will happen again. I want to ensure that these women have the tools they need to free themselves from the prison of their own minds and Krav Maga can do that for them."

According to the National Coalition against Domestic Violence, women age 24 and under suffer from the highest rates of rape. One in five women will experience rape or attempted rape during their college years. How does Krav Maga help them minimize the risk of becoming a victim?

"Aside from the techniques they learn in the classroom, Krav Maga training focuses on creating situational awareness by increasing their chances of survival such as: walk tall, look up and be aware of your surroundings, always have your keys in your hands, don’t be distracted on your cell phone, and never let anyone into your space by creating an imaginary five foot box around you. Most criminals don’t want to hang out and struggle longer than they have to, so how women carry themselves when they’re walking to their car will determine whether they will become a target."

Your center has grown into the largest center in the nation. What do you attribute to the popularity of reality-based self defense?

"Krav Maga is easy to learn and hang on to... it’s a practical approach to self defense and that's what attracts people to it."

Have you had incidences of women in your center who were attacked and survived because of the skills they learned in Krav Maga?

"Yes, but due to legal issues, I cannot personally disclose what happened, but we have plenty of documentation that it works, not only in civilian life, but with law enforcement as well."

What are the most common rape scenarios?

"There are so many different rape scenarios that a victim can be placed in, but they will most commonly be choked, punched, mounted or in between the legs; which is why it is important for them to learn how to survive the most common rape situations where the victim will find herself having to fight for her life in a laying down position."


Here are the four most common rape attacks and how you can survive them: ﻿﻿﻿﻿ ﻿﻿


The attacker is choking you on a mount: With both hands, pluck the attacker’s hands where thumb meets the wrist.

Pop your hips up, lifting one leg up and roll over.

The attacker is now on his back. Make a quick groin strike, stand up, and move away from the attacker. 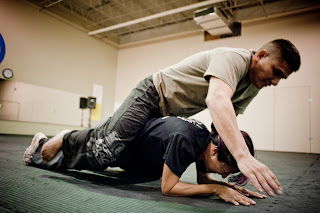 The attacker is mounted on your back with a choke on: In one swift motion slide your forearms as close as you can together towards your knees. This will buck the attacker right off. 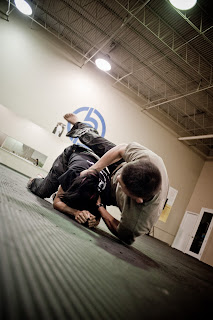 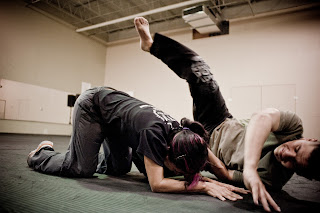 Stomp on the groin or the face and run away.

The attacker is kneeling next to you choking you from the side:

In this illustration, the attacker is kneeling on the victim’s right side, so as soon as the attacker applies a choke, use a right-handed palm strike to the sternum or face while plucking and grabbing the attackers hand off your neck with your free hand. 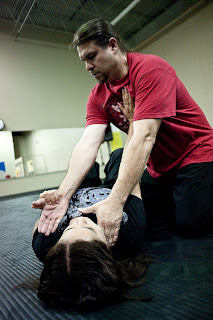 Immediately roll your hips up and tuck your right knee against the attacker’s chest to create more distance. Trap the attacker’s hands with both of your hands and kick the attacker in the face with your free leg in an explosive motion.

The attacker is in between the legs and striking with clenched fists:
Parry one of the punches and grab the wrist and the arm. 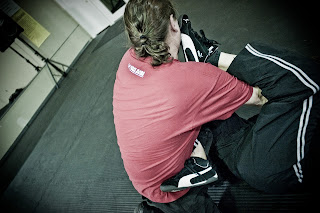 Shrimp off the hip bone and blade the other foot over the shoulder to stomp at the face. Push back and get out. 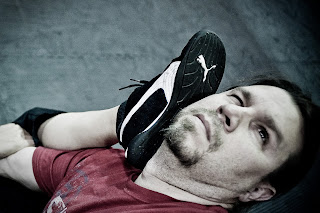 *Special thanks to Sarah Brooke Photography for taking such awesome action pics!
Also would like to thank Mr. Pete Hardy, Owner of Krav Maga Worldwide for taking the time out of his busy schedule to give me an interview. Bridget De la Rosa and Roger Lopez, my awesome Krav instructors, thanks so much for volunteering on such short notice, and Sonny Mendez, for helping with the poses.
Posted by JAX at 2:06 PM

Email ThisBlogThis!Share to TwitterShare to FacebookShare to Pinterest
Labels: how to survive a rape attack, Krav Maga for women, Pete Hardy, rape defenses for women