What is Mental Toughness? 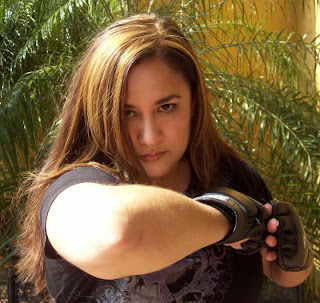 I heard this expression thrown around at the Krav center all the time, but it was never really defined for me in concrete form until I decided to try out for Krav Instructor about two Saturdays ago.

If you want the short and skinny version of this blog, I made the cut, so now you can wish me a big slap in the back and go about your merry day. If you're still here, and thanks for sticking around by the way, I'll start by saying that there's no way I'm going to sit here and write that it was an easy, piece of cake, walk in the park type of test, at least not for me. In fact, there were times when I felt like I had just given birth to a baby and was being asked to do it again. There were moments when I thought I had died and was placed in the fiery pits of hell, forced to endure the torture that kept coming in droves and wouldn't stop. Okay, you get the picture. It was tough. But before I continue rambling, I want to start by saying that I couldn't have done it without the support of my little clan showing up to wish me well and the coaching of some of my instructors. They were a Godsend as I could vaguely hear them shouting things like, "loosen your wrists on the ropes, don't give up, hang in there, you're doing great and keep it up!"

But in spite of all the encouragement, even they knew that passing this type of trial depended mostly on intrinsic motivation rather than the external one. It was one where I found myself fighting my own demons, those that haunted my internal voice, telling me to give it all up.

I'll start with giving a small synopsis of what this test was all about. It was 3-4 straight hours of intense cardio work. Every instructor there takes his or her turn running you through a series of workouts, non-stop! A little disclaimer here... I try really really hard not to curse. I have to be in a very stressful situation before I start mouthing off. Let's just say that within the first 20 minutes, I was already signaling one of my instructors that he was number one as he watched me pushing through some crunches. Once I hit the rings, doing push-ups by running my ankles through them, a whole host of obscentities ran through my mind. *BLUSH* What?! My carpal tunnel flared up, what can I say? I pulled through and just when I thought the worst was over, they took us outside the building. We were asked to sprint up to a dumpster three times and jog right back. "Let it be the first dumpster! Let it be the first dumpster!" I kept chanting, trying to throw my instructor telepathic thoughts, giving her the radar beam eye to see if I could suck her into my vortex and cast her under my spell. Nope! That didn't work. Of course, it was the third and furthest one, silly, why would anyone make this any easier? I knew I was done for. Now, during this time of year, I’ll start by saying that I get the worst types of allergies, like -EVER! Sucking in all that dust and air, breathing in all that stuff outside closed up one of my lungs and I started to wheeze. Did I bring my inhaler? Now why would I make this any easier on myself?! Pfft!

So here I am, sucking in whatever bit of fresh air I can muster, one lung closed, having a wheeze fest, and feeling like I am going- to- DIE!!! One of my krav brothers started pushing me, yelling at me, "there's no way you're going to quit now!" Thank God he did, because I was able to muster a little bit of energy. Once we rounded to the back of the building HE started to stop, and I FREAKED! WHAT ARE YOU DOING?! You're my focal point. You-can't-stop-now! I yelled in my little mousy wheezy voice, and I ended up pushing him for a small part of the run. As I neared the opposite end of the building, I could feel my feet heavy like lead.

By this time, all my hearing on the right side of my ear was gone, and I could vaguely hear an instructor who was running alongside me chanting, "This isn't real. Keep going. It's all in your mind. This isn't real."

"WHAT the $*@# do mean this isn't real?!" I thought to myself. "This is extremely painful. I can feel every aching of my joints as they are pounding on the hot, 100 degree asphalt ground. I can't breathe, and my mouth feels like I shoved a load of sand right down my throat. Of course this is real!" And then I saw the finish line, well the door leading into the Krav center anyway, and I knew that I couldn't quit then. I asked him if this was the last run. "Yes!" he answered. "Are you sure?" I asked as if begging for a tiny shred of truth and reassurance. "Yes!" he responded again. Then I floored it. I told my mind to relax. Pushed back the pain and slowed my breathing. I could feel my feet accelerating as I began to sprint towards the door. I visualized the reward: sweet mother of all air-conditioners awaited me at the end. I would be able to breathe again, and it would soon be over, so I sped up some more. Hands ready to high-five me greeted my enthusiasm towards the end, and I finished the race. My race. The one I was fighting against myself.

Another instructor was gracious enough to get me an inhaler and I could breathe again. I was able to get my second wind, and finished the technical part of the tryouts, aching, but in tact. A week later, I was told I made the cut, which is only the beginning, because it's my understanding that getting certified is much more difficult than the 3 hour tryout. So my job isn't finished. I learned that I have alot more cardio to do if I'm going to endure it.

Anything I do in Krav Maga, I find relevance to how it fits in to my daily life, and this trial was a perfect example of the types of trials we have to endure in the real world. Sometimes, those tests are so painful, we think we don't have the will to endure it. It seems like an eternity before we see a shred of light at the end of the tunnel. We want to give in, want to be rescued, or even crawl ourselves into a little fetal position, stick our thumbs in our mouth and give up. Whatever process we may undergo to get to the finish line (for everyone has their own unique way of handling tough situations in life) the end result should always be to work towards a state of mental toughness, that mindset that says, I will not give in to those self-defeating thoughts, and I can get myself out of this and survive it. You may not believe in a higher power, and I hope I don't come across as preachy here, but I firmly believe that God gave us an incredible ability to endure more than what we think we can. I do have to admit, that I didn't do this completely alone. I have him to thank for pulling me through it every time I thought I couldn't (Philippians 4:13).

Should mental toughness make us impervious to pain? I sure hope not. This is not what I'm referring to. Blocking pain has its place in certain contexts. Blocking pain in every aspect of our lives has its consequences. In fact, there have been studies of people whose nerve endings kept them from feeling pain and it resulted in their own self-destruction. We're not machines. Some of us may be built like some, but we are still human, nonetheless, granted with the gift of feelings (yes, guys, you have them too) and emotions for a very good reason. Blocking pain all the time can harden us to other people's emotional needs, making us emotionally unavailable and unsafe to others. After all, I want to establish and maintain healthy relationships, and ensure that others feel emotionally safe around me. Instead, I want to allow myself to feel the pain, recognize that I have vulnerabilities, but also push through in spite of it when the need calls for it, so I can overcome whatever obstacles come my way. So have I achieved complete mental toughness? Myeh! I passed one test. The real test is yet to come. I'll let you know then. ;)

What Would You Attempt If You Knew You Couldn't Fail? 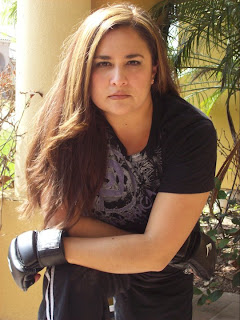