May 16th, 2013, after three years, since the first instructor try-out, the long awaited day of coming to Phase A ( Level 1 instructor certification test) had finally arrived. My knee seemed to be holding up nicely up to this point, but I started medication to keep inflammation down as a precaution. Everything was packed and loaded into our rental van: 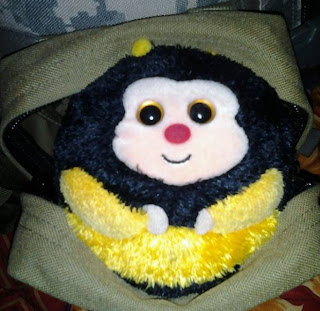 Kid's Bumble Bee??? My kid gave it to me to help remind me why I was doing this, just in case I had a temporary, last minute epiphany, gained some sanity, and decided to run away during the test. I say SANITY, because anyone would have to be just slightly disturbed or insane to put themselves through this much stress... for...wait for it... FREE! I think the only time I ever did that was when I was in labor, and that was kind of a take it, can't leave it, no refunds, kinda deal!

I NEEDED to do this, not just for myself, but for my other little pair of eyes who is constantly watching what I'm doing. Someone once said to me that kids may not always be listening, but they are always WATCHING! Sooo true. Plus, I didn't  want to be one of those mothers who projects the pressure of success to her children because somewhere in her life she didn't meet or accomplish her dreams. It's important that while I'm telling my child that it's okay to take risks, finish what you start, persevere under difficult times, I too, am walking that talk and making it real to this little person.

Was I nervous on the day of the test? Scared, perhaps? Of course. I wasn't as fit as most of the guys in the room, especially the females, of which there were two others, and I could feel the pressure of not failing nagging me. After all, I told Chief Instructor Vein that I wasn't going to fail him either (see Part 1). I HAD to open my big mouth! I couldn't shut up and just take it: "Just get me there," I said, "and I would handle the rest," I recalled.

So what was it like? Very intense! We started with warm-ups and teaching. I taught headlock from the side and was assigned to teach kick to the groin. I suppose I did a good job, since Josh Vega, one of my partners, related afterwards that he could still feel the kick, not on his groin, but still nagging him all the way up and right behind his eye. Sorry! Ooo, I forgot...there are no sorries in Krav Maga. I take it back Josh! (*whispering aside: Shhhh... I really am sorry I hit you that hard, Josh, and I hope you can still have plenty of children later on- wink*)

The most difficult part of the test, and I think most who have taken it would agree, it's  the drills. You are 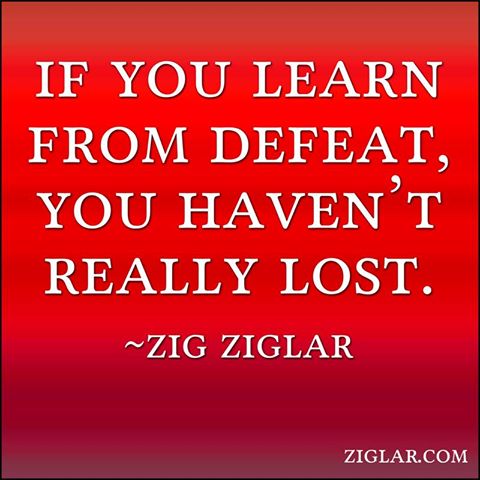 placed in a position of disadvantage and have to defend yourself with any of the attacks that come your way. There was one that I felt I was done for, but kept going anyway. We were asked to do a burpie, kick your feet forward in a sitting position right after, and then rise from the ground to execute combatives. After like the tenth one, I was like, "You gotta be freakin' kidding me?!!! I gotta keep going??? I'm gonna pass out right  here on the floor and they're gonna have to carry me away in a stretcher. Oh GOD! I'm not wearing any clean UNDERWEAR! CRAP! Why can't I follow my own advice?!" Yes, mom's actually think of things like that. Well, with no extra clean pair, "it's time to suck it up princess, so keep going."
Then came the defenses. Now, if you're the person attacking, you're suppose to not stop until you've been put down to the floor. Do it in a room full of raging testosterone, when the adrenaline is bouncing off the ceiling, and it's going to get CRAZY Chaotic! Not only did I get kicked in...ahem...that's right...THAT place--and by the way ladies-- it doesn't matter how much padding you're wearing, that kick will double you over and help you gain a new sense of respect for the pair these poor men have to carry around forever. My partner, of course, felt horrible, but in Krav Maga we have a wonderful word called, SWITCH, and I knew that soon it would be MY TURN to defend, so I didn't hold it against him. But I digress, after getting kicked you-know- where, I caught my breath, sucked it up, and kept going before the next set of events. At one point, I crashed down to the floor with an audible THUD. As I was making my way up, another member of my team crashed right into me. I heard my neck go CRACK, stiffened my  hands on the floor to brace from that tackle, and another guy from the opposite end backed up and smashed my finger-- HARD! Like SERIOUSLY?!!! My chiropractor was going to have a field day with this one.

"What did you do this time?" he'll ask, arms crossed across his chest, I'm sure.
"Umm.." scratching me head, "I got tackled... and... some other dude, smashed my finger?"
"Tsk...tsk!" He'll say, head nodding disapprovingly.
"Oh, shut up and adjust me, I keep you in business!" I'll spew.

With the exception that the medication dehydrated me and cramped my foot so badly I had to stretch it out, I knew that if I stopped, I would lose momentum and eventually give up. Besides, my whole team kept cheering for everyone to keep going, and I couldn't have been prouder to be amongst them, nor could I let them down. I knew what my mind was telling me, but I had to find the heart to pull me through it. I remembered to take it a step at a time, fall back on the technique (thanks for that Charles), and somehow, I was able to keep going. Memories of some of the hardships over the past three years flooded me, and I remembered how much of this test closely resembled my life. I couldn't let it beat me. Giving in now would mean giving up on this journey, and I didn't come this far, learning from the defeat of my injuries and unexpected circumstances to raise a white flag.

There are going to be moments like you feel you just simply can't take or handle any more CRAP! You're tired. You're worn. AND you just-can't-go- any further. That's life, isn't it? We never quite seem prepared for the tragedies of it, and it usually happens when you are at a point of disadvantage or at your lowest. I've been there, still don't think I'm done, but I have to keep moving, even if I'm on my hands and knees, clawing my way up at a turtle's pace-- that's okay--I cannot let LIFE knock me out. It's what I appreciate about Krav Maga so much. You are taught to deal with stress by facing it head on, and aside from wanting to help people, I feel that it has also helped me in more ways than I expected. It's given me a resilience and strength I didn't know I had.

You're probably wondering when this woman is going to stop rambling long enough to tell us if she passed or not...well.. the answer to that is an emphatic YES!!! I did it! I am now an official Krav Maga Level 1 Instructor.